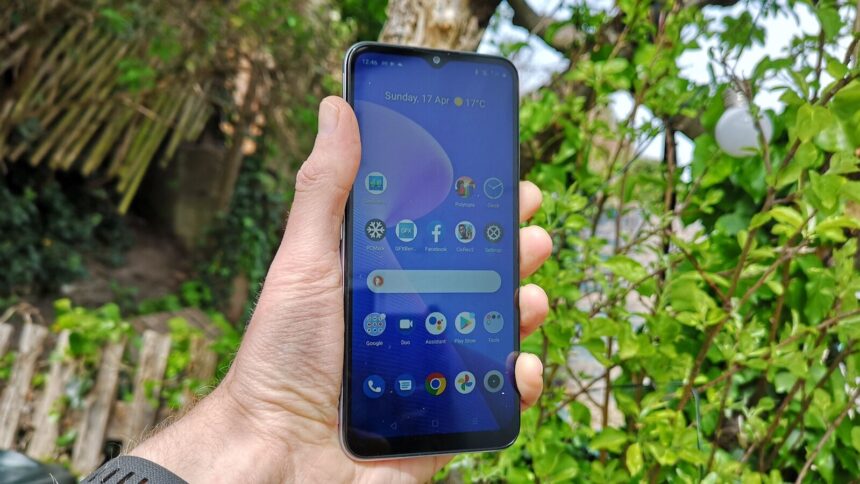 If you need a cheap phone to do the basics then the Realme C31 ticks many of the boxes but you can get a lot better without spending much more money.

Going for a mere £129, the Realme C31 sounds like a steal – that’s roughly one third of the price of an entry-level iPhone SE. This price tag will likely be music to the ears of those who ‘just want a phone to do the basics’, or anyone who wants a burner phone for festivals and holidays.

It’s certainly a very attractive price, but what do you get exactly? A big 4890mAh battery which Realme says will give you 45 days’ worth of standby power and a multi-lens camera unit which promises detailed wides and close-ups.

Design-wise, the Realme C31 is slim and compact, so despite it coming with a long-lasting battery, it should slip comfortably into pockets and bags.

Budget phones can quite often be bulky and unsightly, but the Realme C31 is none of these things. The front features simple black plastic while the sides and rear feature coloured plastic with a lenticular-style finish, either silver or dark green. 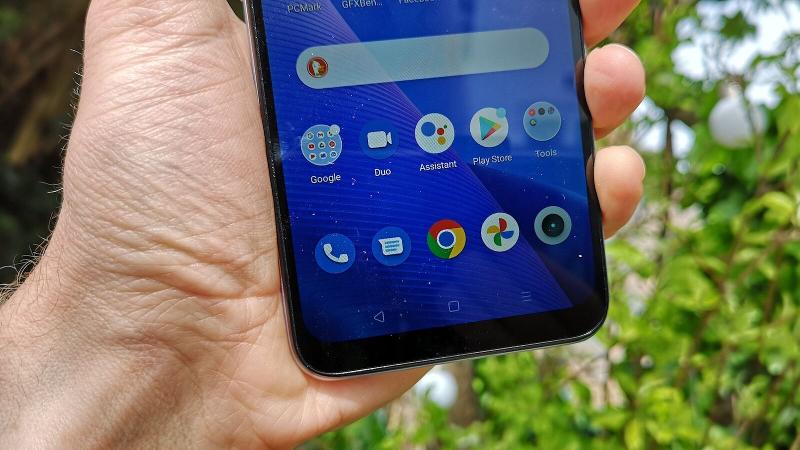 Measuring 8.4mm deep and weighing 197g, it’s a slender phone that’s easy to hold and operate in one hand, although the smooth sides mean that it has the tendency to slip out of your grasp if you’re not careful.

As with the Xiaomi Poco M4 Pro 5G, the Realme C31’s fingerprint scanner is built into the power button which is set on the right-hand edge of the phone.

Whether you grip the phone with your left or your right hand, the power button is positioned at a height that’ll see it meet either your left index and middle fingers or your right thumb, respectively, which means picking the Realme C31 up and unlocking it in one gesture is possible – it’s simple, smooth, elegant, and works really well.

On the left-hand edge, there’s a SIM and microSD card tray, and two volume keys. There are no ports, connections, or controls on the top side of the Realme C31, but at the base there’s a 3.5mm headphone jack and a micro USB port for charging and data connectivity. 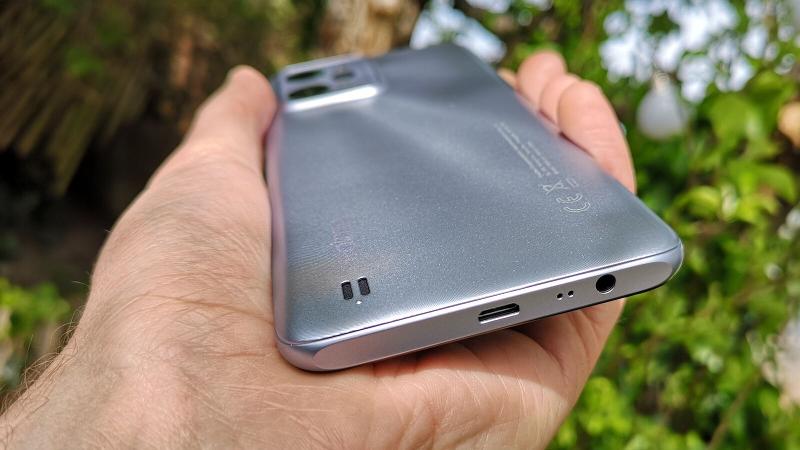 The 6.5in display is bordered by a thin bezel that’s taller at the top (where the front camera unit is housed in a teardrop-shaped recess) and the bottom. At a glance, nothing gives away the fact that the Realme C31 is a budget phone.

The Realme C31’s display resolution of 1600 x 720 is pretty low by today’s standards but matches similarly cheap phones like the Nokia G21.

Despite this, the LCD display of the Realme C31 isn’t all terrible. Brightness is adequate in most situations indoors and outdoors, and there’s no horrible, tacky, overly glossy finish here, meaning you’ll be able to read messages on all but the sunniest of days.

Web pages and menus generally look sharp, and at a glance contrast appears adequate but discolouration is evident when you tilt the phone even slightly. 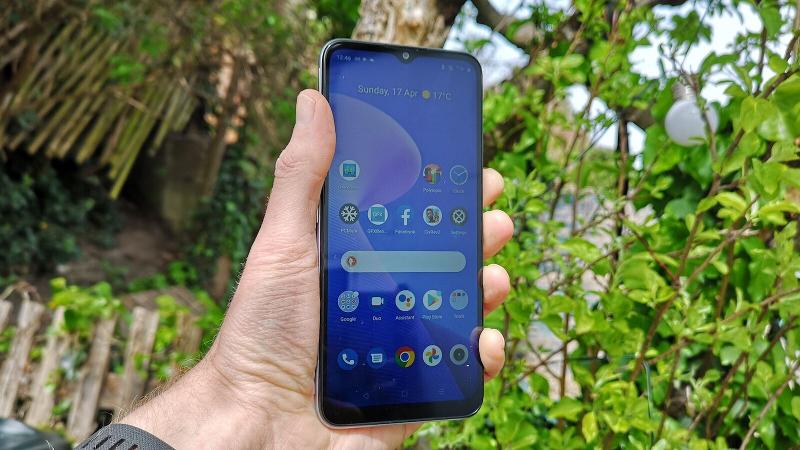 That said, you could just about get away with watching content with someone else, although YouTube and Netflix content looks bad. There’s no getting away from the fact that a 720p resolution is old hat in 2022. On the plus side, the display is responsive and generally speaking, makes the phone easy to use.

There’s a single exterior speaker which, as it’s positioned on the back of the phone, means that most of the audio will be muffled and distorted. You’ll probably want to connect to a Bluetooth speaker or use headphones anyway, as even when the Realme C31 is raised up, music still sounds weak and tinny.

As the Realme C31 costs under £150, it shouldn’t come as a surprise to learn that it’s not a high performer, but, it is capable of doing the basics. If what you mainly need from a phone is for it to browse the web, check social media, send messages on WhatsApp and stream music, then it will suffice.

On the subject of browsing and streaming media, you should note that the Realme C31 is a single-band Wi-Fi device. This means you can only access the older, slower, and more congested 2.4GHz radio frequency – the high-speed lanes on the 5GHz and newer 6GHz motorways are just not available to you. 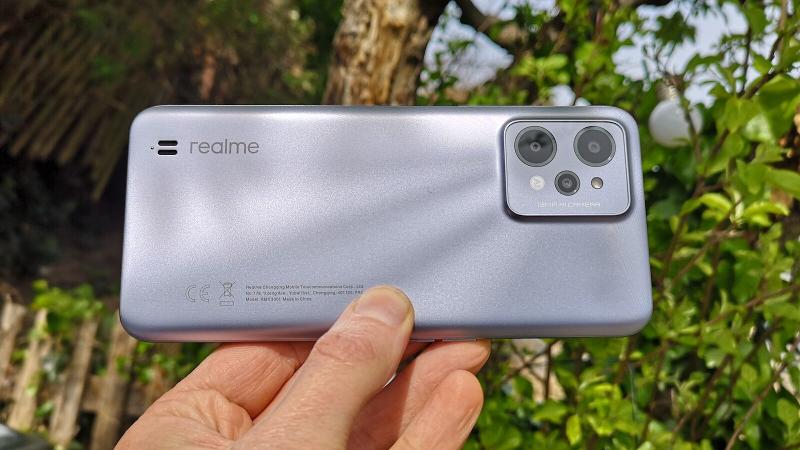 Being relegated to 2.4GHz means that you won’t see the full benefit of modern networking equipment at home or in the office. Using the WiFi Speed Test Pro app, I recorded speeds in the region of 107-112Mbps when stood one metre away from a Netgear Orbi RBK750 Wi-Fi 6 router.

That’s slow going – I’ll typically see Wi-Fi speeds upwards of 500Mbps on most phones, when connected to the same router on the 5GHz band.

The Realme C31 is a 4G phone, and while this means you can’t tap into the fastest speeds around, 5G coverage is not universal, so if it’s still not available to you, this might not be the end of the world. It’s also not expected at this price just yet.

It’s really not much cop at gaming, it has to be said, as those scores above suggest. Polytopia, a low-polygon game that’s not very resource-intensive, is perfectly playable. However, Civilization Revolution 2 is hard going – there’s noticeable chug even at the early stages, before loads of sprites start populating the screen. I didn’t even bother attempting to play Civ 6.

Idle clickers and puzzle games will play well enough here, and needless to say, the Realme C31 can definitely handle the daily Wordle challenge, but not much above that.

Let’s not beat around the bush, the cameras of the Realme C31 are not very good. They’re only really capable of producing acceptable results in well-lit areas and if helps if you’ve got a very steady hand. 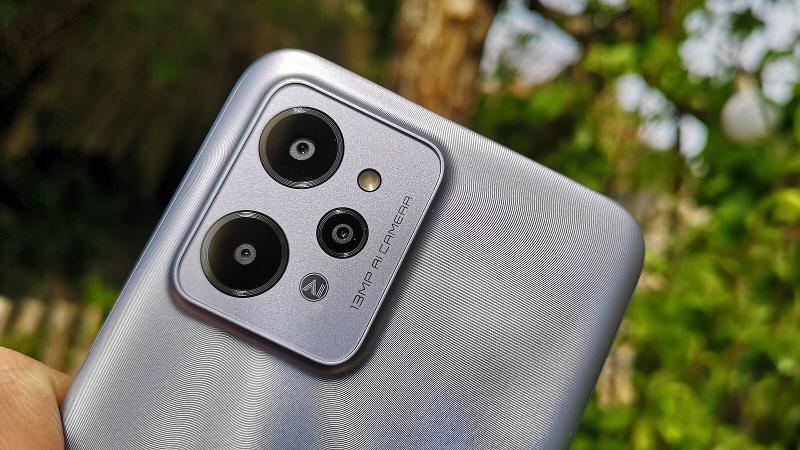 Most of the snaps I took with the main camera were blurry and out of focus, with the exception of a few shots of some flowers I was able to take with the help of a tripod, or where I was able to rest the phone against my thigh to steady my aim.

On top of all that, the camera UI, while benefiting from a simple layout, is slow to respond, which makes cycling through the menu options, not to mention actually taking photos, a drag.

There’s up to 4x digital zoom, but as you can see from the cat photos in the gallery, things get noisy very quickly at full magnification. Shots taken at night, with or without the Night Pro mode, look distorted and colours are exaggerated.

There’s a macro mode, but to be honest, I could not tell at a glance the difference between the close-up of the beer bottle taken on auto mode and the one taken with macro mode – if anything, the colours look more natural when taken with the default setting.

Likewise, the selfie camera produces stills that are average at best, and that’s provided that you’re taking them somewhere with plenty of natural light. Anything taken in a low-light environment will look pretty bad. 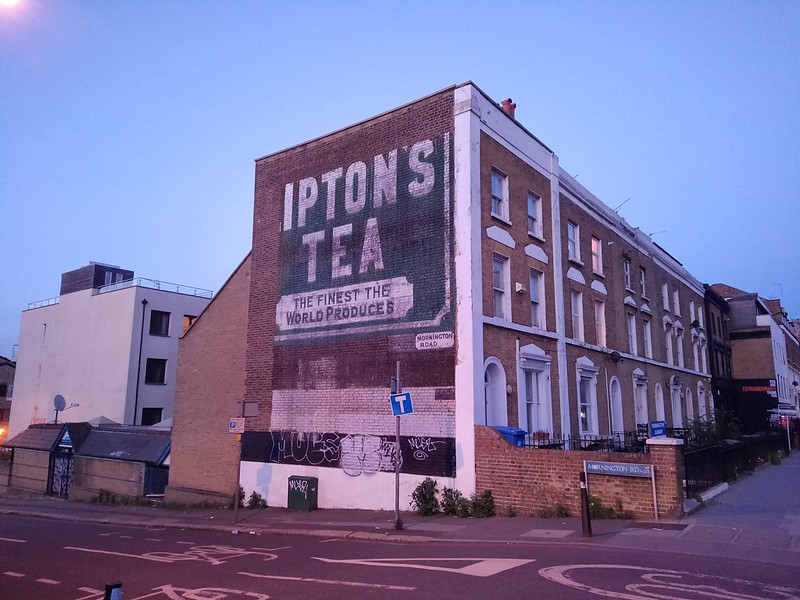 Video shot on the Realme C31 (up to 1080p @30fps) is similarly shaky, largely down to the fact that the cameras often have a problem quickly shifting focus between objects in the foreground and things in the distance.

The low resolution display doesn’t really help here either, as it limits your ability to see how good (or bad) things really are.

Realme promises decent battery performance from the C31, and I can safely say that you will get a basic working days’ worth of power out of it. If you’re working at your desk for the standard eight hours, taking calls, streaming music on Spotify to a Bluetooth speaker or headphones, you’ll be able to comfortably get through the day. I would finish most working days with around 40-50% of power left.

Running the PC Mark battery drain test gave us an impressive result of 10 hours and 19 minutes, which broadly tallied with my day-to-day experience.

It’s quite slow to charge back up, with the 10W charger taking around 2 hours 43 minutes to get the Realme C31 up to 100% from empty. There’s no fast charging here.

If you’re used to charging phones up overnight, this won’t be of much concern, but if you needed to quickly charge your phone up from your desk because you’d been caught between meetings all day, you might find this slow-going. 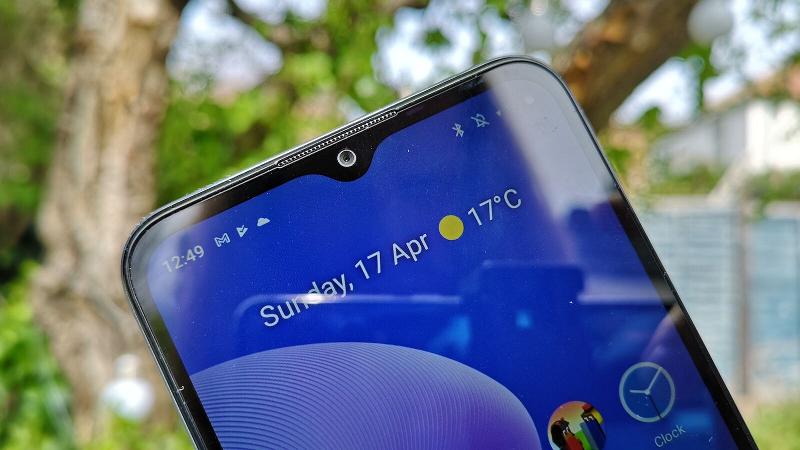 Luckily, you can pick up a Realme Power Bank 2 for £25 from the Realme site – or any of these from the Best Power Banks round-up – if you’re not going to be near a mains socket.

The Realme C31 uses a custom user interface, UI R Edition, on top of Android 11. UI R Edition looks and functions a lot like stock Android and is therefore clean, stripped down and easy to get comfortable with.

There are a couple of uninstallable apps – Weather and Compass – which is slightly annoying, but they don’t take up huge amounts of space, and given that storage can be expanded by up to 1TB via microSD, this is not a big deal. 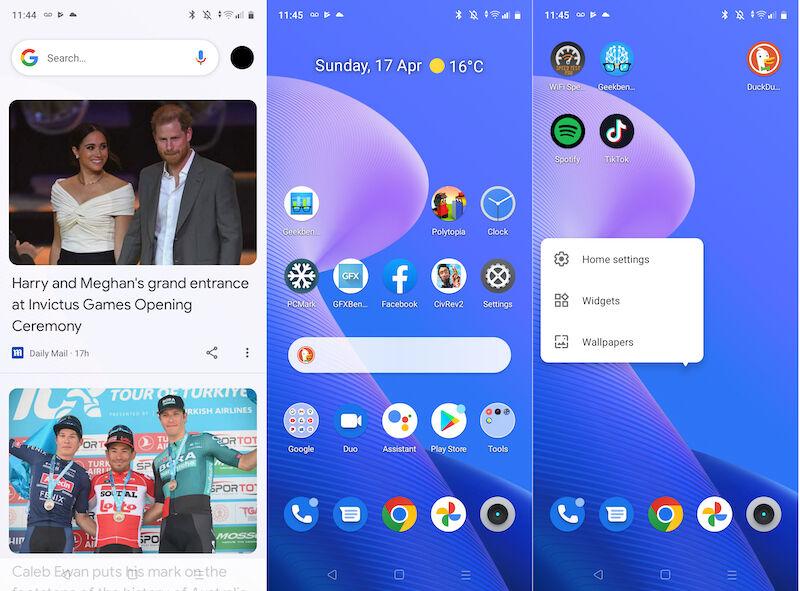 Getting familiar with the Realme C31 takes no time at all. During set-up, you’ll be asked to select from a list of search engines (I picked DuckDuckGo), and it’ll assign this as your default search engine, and drop a search bar on the main home page.

Home page settings can be customised much like they can on most Android phones, by long-pressing on an empty area of a home screen and selecting a customisation option.

The Realme C31 is available to buy directly from Realme now. In the UK, the 4GB RAM and 64GB storage version is priced at £129.

Silver and dark green versions can also be picked up from Amazon UK for the same price.

UK pricing and release date information for the cheaper 3GB RAM and 32GB storage variant was not available at the time of publication. Realme has confirmed that the C31 won’t be launched in the US or Australia.

Check out our chart of the best budget phones to see what other options you have.

When considering buying a cheap phone that a) looks as good as the Realme C31 and b) delivers great battery performance for such a low price, you need to ask yourself ‘What’s missing?’ and in this case, there are a few omissions which might give buyers pause.

These are; a low-resolution display, poor cameras, single-band Wi-Fi and 10W charging. All of these drawbacks might not be dealbreakers for you, and might even be forgivable.

But, when you consider that the Realme C35 comes with a more detailed display at Full HD+, supports faster dual-band Wi-Fi, a 50Mp main camera, and comes with a faster-charging 18W mains adapter, and – here’s the real kicker – it only costs about £20 more, suddenly the Realme C31 does not look like a bargain.

If you had the budget to splash out for something a little more powerful, then the Xiaomi Poco M4 Pro 5G, priced at around £239, might be more to your liking – it’s a 5G phone with a display that refreshes at up to 90Hz, and you can fully recharge the battery from flat in just over an hour.

While an OK performer in its own right, it’s hard to justify going for the Realme C31 when there’s a better phone available that’s only an extra twenty quid. 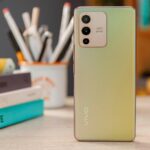 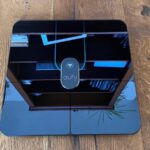 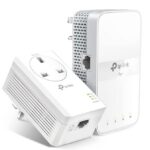 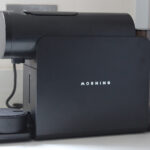 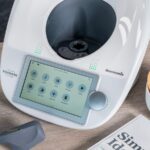 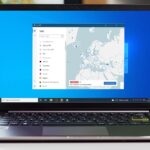 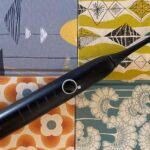 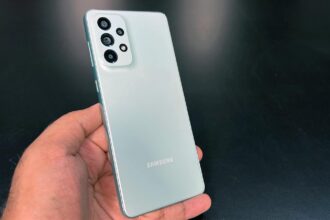 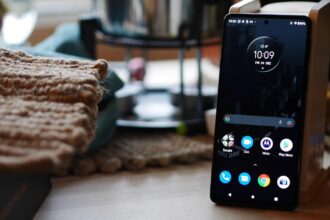 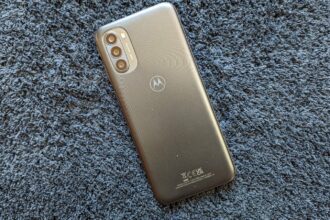 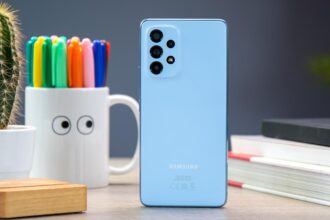