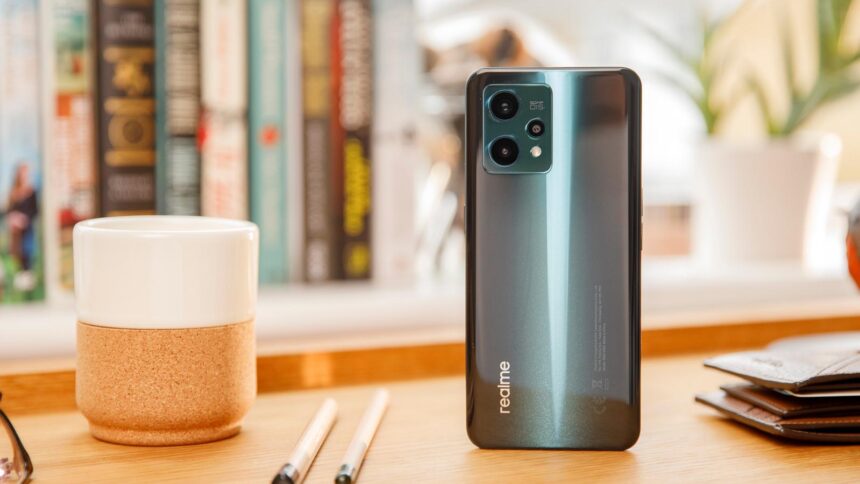 The Realme 9 Pro+ sports a bold design, a two-day battery life, and a decent main camera, but it’s not quite a flagship-killer.

The Realme 9 Pro+ is the top-spec phone in the newly launched Realme 9 series, which also includes the Realme 9i and the 9 Pro.

With a bold and colourful design, a 90Hz screen, and a triple camera array with an IMX766 sensor, this phone seems like a flagship killer on paper. But does the Realme 9 Pro+ hold up under day-to-day use?

Realme has thankfully ditched the garish slogan print on the phones seen on the 8 series and has instead opted for a much more chic and bold finish for the 9 Pro+. At 7.99mm thick, it’s also quite a slim and lightweight device.

The 9 Pro+ comes in a few different finishes, but the ‘hero’ shade is Sunrise Blue, which boasts a colour-changing photochromic finish. When shown under normal sunlight or ultraviolet light, the back of the phone will change from red to blue, like a chameleon.

Sadly, I didn’t get to test out this variant – but the Aurora Green gradient finish I’ve reviewed is still attractive enough. The phone also comes in a Midnight Black finish. All the colours have a shimmery coating, making them stand out from the crowd. 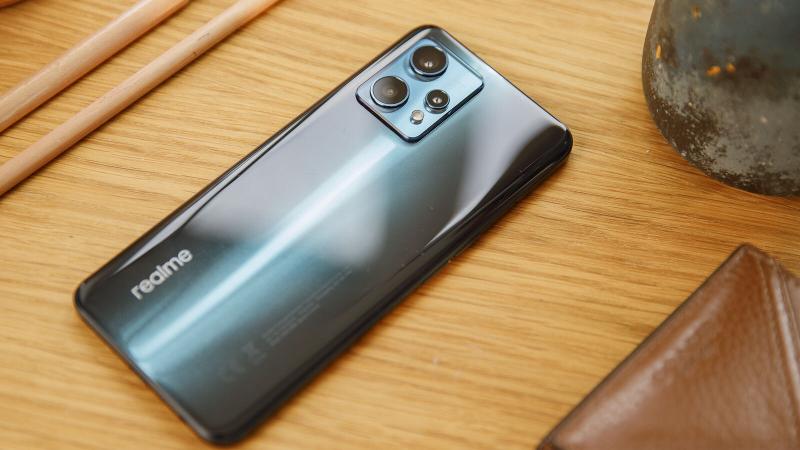 The rear is plastic, and whilst it does not feel premium to hold, it looks far from cheap. My main complaint is that because of the smooth back, the phone often takes leaps of faith off of surfaces. Fortunately, you can pop on the included case to rectify this issue.

Ports-wise, the Realme 9 Pro+ includes a USB-C slot for charging, a headphone jack, and a dual-SIM slot. The power button sits on the right-hand side of the phone, with volume controls on the left.

Mid-rangers must make sacrifices somewhere, and one of the cost savings of the Realme 9 Pro+ is its lack of waterproofing and dustproofing. Make sure you invest in a good case if you know you are clumsy.

The Realme 9 Pro+ comes with Dolby-supported dual speakers, which produce loud and punchy sound, making it great for listening to music or podcasts. My only complaint about the audio is that the bass is not that strong. 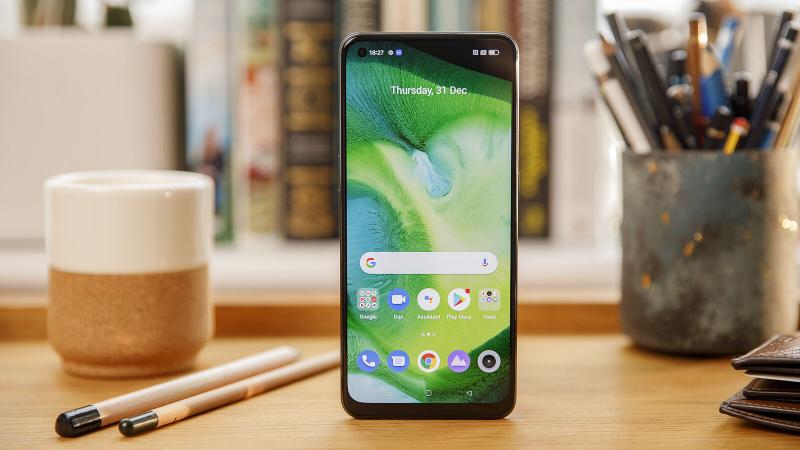 The 9 Pro+ boasts a 6.43in AMOLED display, which comes with a refresh rate of up to 90Hz. You can opt to use it on the high refresh rate, drop down to 60Hz or use it on auto-select to have a balance between performance and battery life.

90Hz isn’t the highest refresh rate seen on mid-rangers. Nonetheless, the screen is still colourful and bright, with tones contrasting well. There is some glare under sunlight, but it is still usable.

The display features a fingerprint sensor, which works well. There is also a heartrate sensor under the display which you can use to take a reading, along with information on what activity you were doing (working, walking etc).

I found this to be very irregular and not match what my smartwatch recorded – with one reading measuring my heartrate as 103 BPM whilst I was sitting down at my desk. I don’t think many users will get a lot out of this feature, and efforts could have been better spent elsewhere. 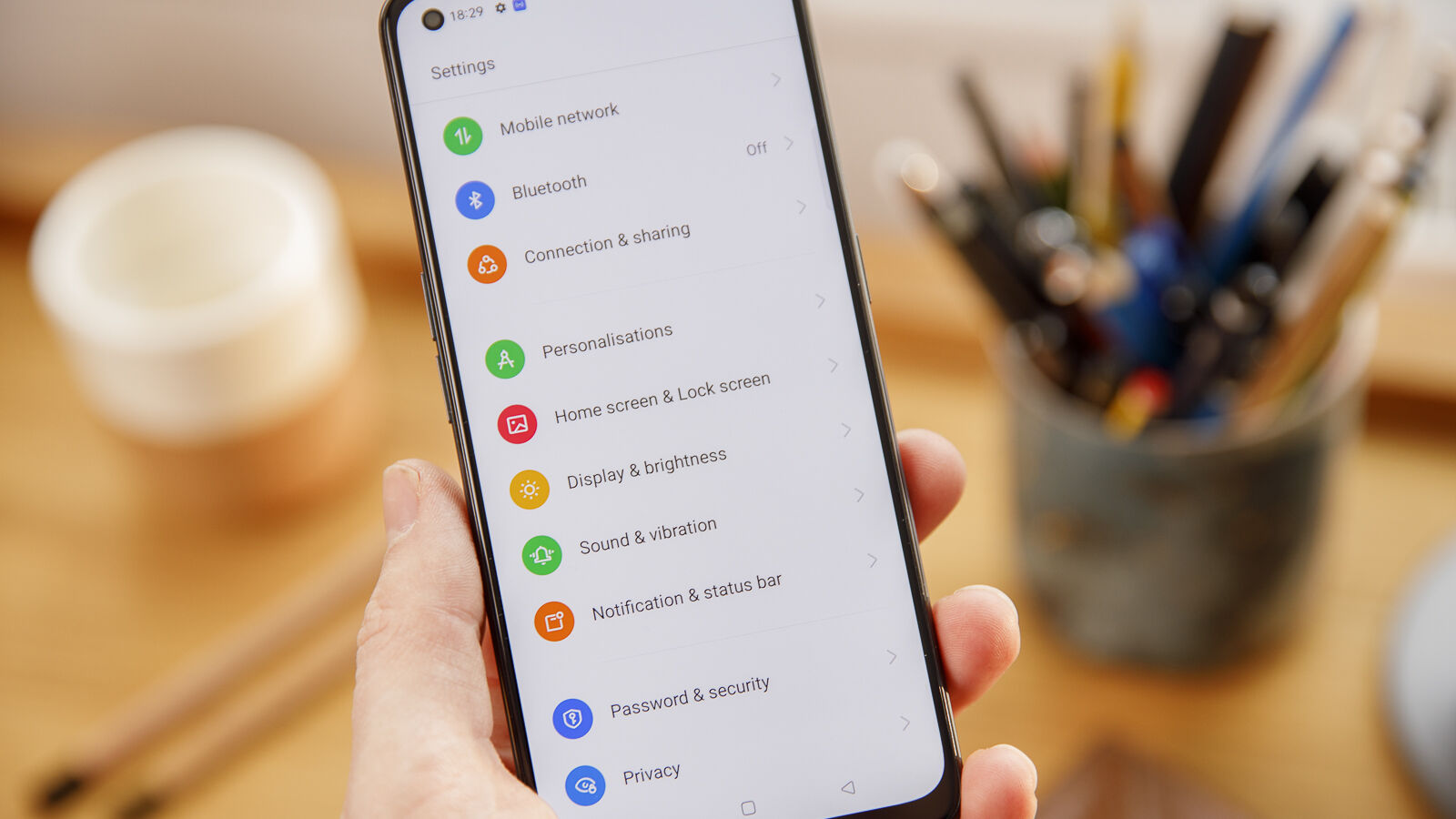 Realme has opted to use a MediaTek Dimensity 920 chip in the highest phone in the 9 series, which is the successor to the Dimensity 900. This is also seen in the Vivo V23 and is expected to appear in the Xiaomi Poco X4.

This is paired with 8GB RAM and 256GB storage, which is the only configuration that the phone comes in.

In our benchmarking tests, it didn’t quite reach the same levels as performance as other mid-range phones, including the GT Master Edition from Realme which is now around a similar price to this phone. Take a look below:

In real-world performance, the Realme 9 Pro+ is reasonably quick and responsive, with only the occasional stutter when multitasking between videos, social media and instant messaging all at once. That said, do not expect to be doing any intense gaming or heavy-duty tasks on this mid-ranger without some lag.

Whilst the phone is fitted with a vapour cooling system, it still got slightly warm when taking on more intensive tasks.

The Realme 9 Pro+ features a triple-camera set-up. This is led by a 50Mp main camera with a Sony IMX766 sensor – the same technology seen in the OnePlus Nord 2. Impressively for the price, this also includes optical image stabilisation (OIS) which allows not only for smoother video, but also for much better performance in low lighting.

Textures pop well on the Realme 9 Pro+, and whilst colours are vivid, they aren’t on the overblown side, like what I have seen on other Realme phones such as the GT Master Edition. All in all, it is a great main camera for a cheaper mid-range handset. 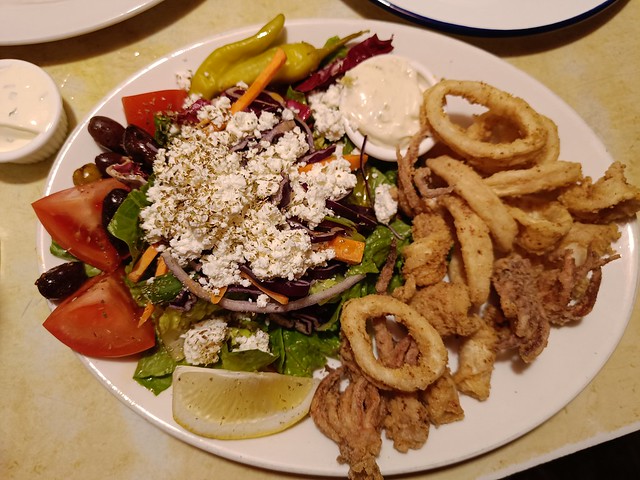 The 8Mp wide-angle lens shows a drop in quality, with details fuzzier and colours less vivid. Nonetheless, it will be sufficient for any wide travel shots or large group photos.

Whilst there is an ‘ultra-macro’ mode on this camera (spearheaded by a 2Mp macro lens), it does not produce great shots. It is also hard to get it to focus on a subject. In addition, anything above a x2 zoom is not worth using, as details drop off quickly.

On the front, 9 Pro+ features a 16Mp selfie camera. Whilst textures stand out, colours only look good if taken in daylight. Artificial light or low light causes the photos to look washed out. 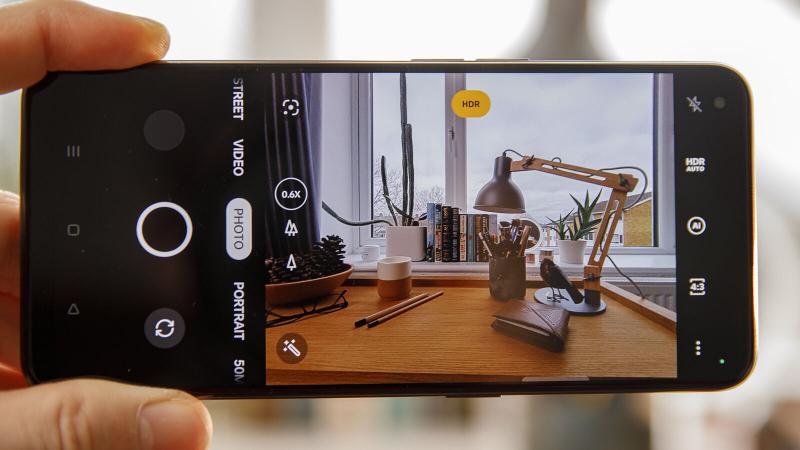 The portrait mode on this camera is sufficient for blurring the background, and stands up there with what I’ve seen on mid-range rivals. Some smaller textures (such as loose strands of hair) can sometimes mistakenly get blurred, however.

The night mode does sufficiently lift colours and details, but to the point where things look a bit unnatural. The sky, for example, often has a much more bluish tint to it than what the real eye captures.

With a generous 4500mAh capacity, the Realme 9 Pro+ has a decent battery life overall. In our battery test, the phone managed a respectable 13 hours and 23 minutes of constant video playback.

In real life, that translates to around two days’ worth of use in between work and other tasks. I streamed Twitch, took photos and browsed Twitter and didn’t ever feel like the battery was being sapped quickly.

While the promise of the Realme 9 Pro+’s 60W charging is impressive on paper, real-world results are sometimes inconsistent. 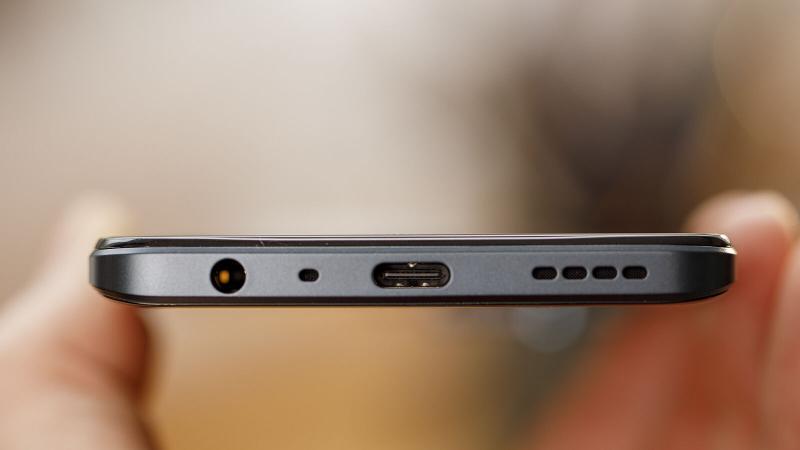 In ideal conditions, it refilled the battery up to 75% in 30 minutes but charging speed did vary during my testing, with the final figure occasionally falling short of that 75% threshold by quite a margin. What’s more, the phone itself got noticeably hot.

It’s hard to know whether this was a one-off anomaly – perhaps not helped by the fact that I was supplied a foreign charger and had to test charging through a travel adapter – or if it’s a wider issue with Realme’s quality control when it comes to super-fast charging.

The Realme 9 Pro+ runs on Realme UI 3.0, a skin of Android 12. Whilst not pure Android, the UI is familiar for Google users, with apps laid out simply and cohesively.

Like other Realme devices, there’s some pre-installed app bloat – including PUBG and booking.com. These can be uninstalled should you want a cleaner layout. 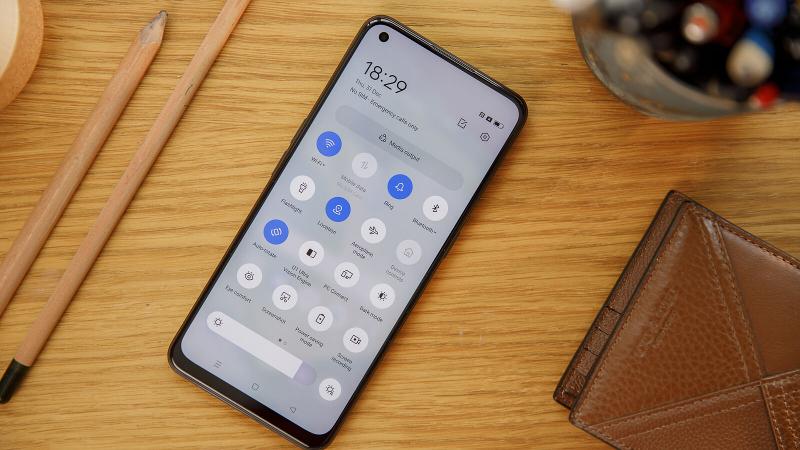 Benefits of the Realme UI include a Kid Space interface which can be customised with child-friendly apps, limited usage time and blocks on online purchases and mobile data. There is also Sleep Capsule which allows you to limit apps during a period of downtime, should you struggle with reaching for your smartphone when you are supposed to be sleeping.

You can buy it from Amazon and Realme. The phone is not officially on sale in the US, but you will likely be able to import it from sites such as AliExpress.

For a similar price, you could also consider the Poco F3, or the slightly more expensive (but more impressive) OnePlus Nord 2.

You can look at our round-up of the best Realme phones to see how past generations compare, as well as the best mid-range phones overall for more rivals. 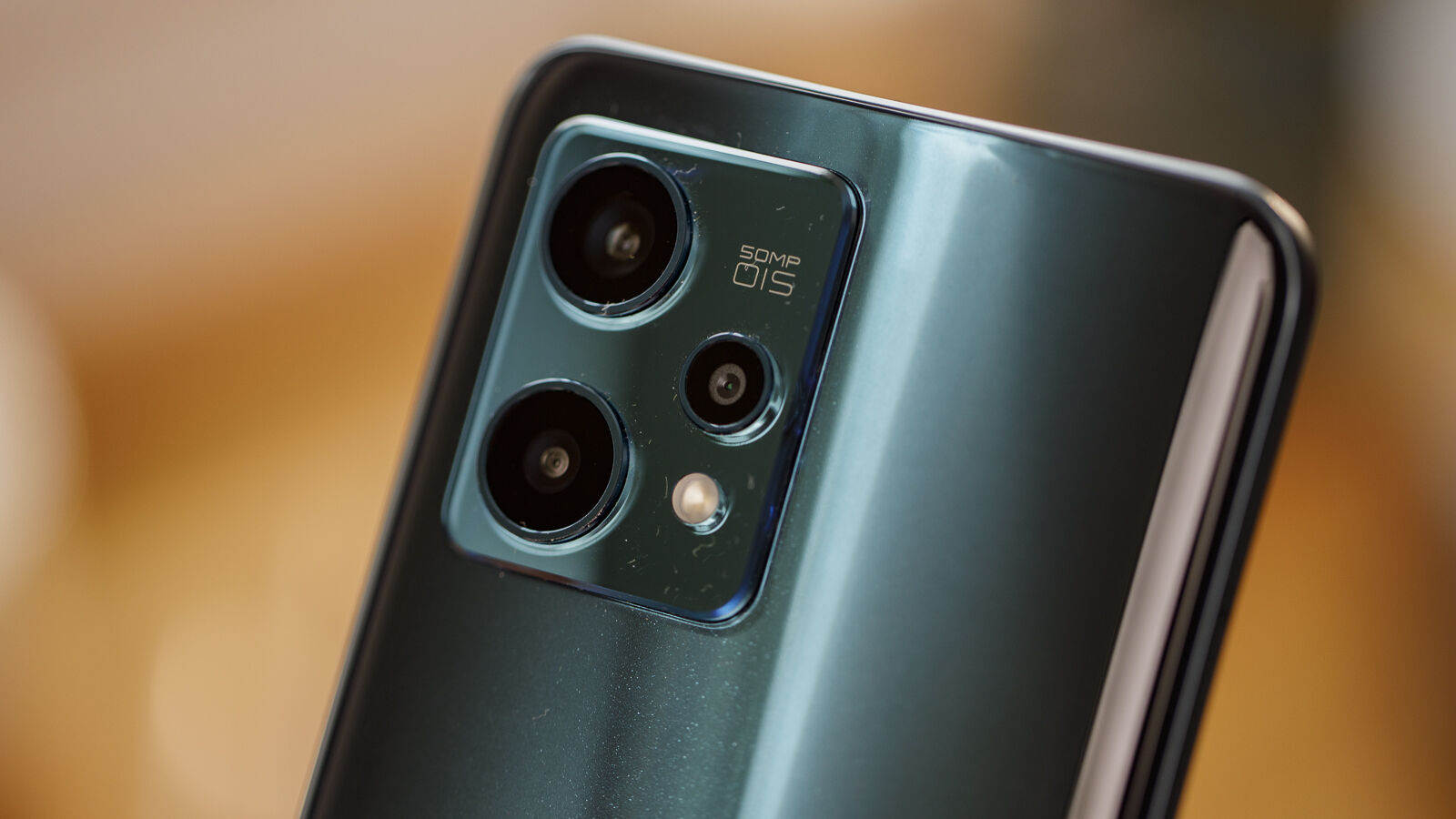 The Realme 9 Pro+ has some notable features for a mid-ranger, with an impressive main camera lens, an aesthetically pleasing design, a decent battery life, and user-friendly software.

The inconsistent charging and underwhelming secondary cameras make it clear that this isn’t quite the flagship killer that Realme is promising, but at this price it was never going to be.

For sub-£350 there is still a lot to enjoy – it all depends on what you’re willing to compromise on. 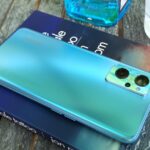 Realme 9i review
Next Article 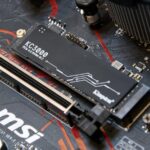 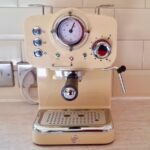 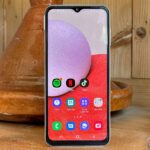 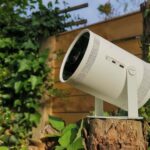 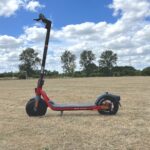 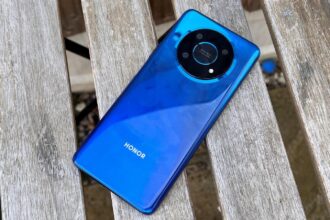 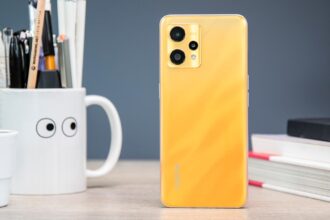 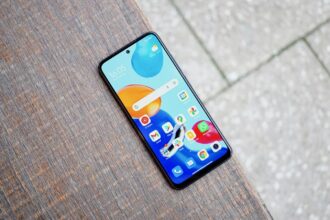 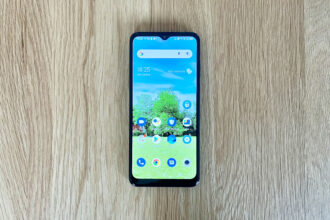